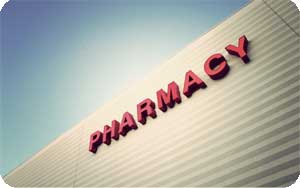 An EGWP benefits organizations in a number of ways.  An Employer Group Waiver Plan (EGWP) can also be referred to as a Series 800 Plan or more commonly referred to as “Egg Whips”.  Essentially and EGWP is a CMS (Center for Medicare & Medicaid Services) approved retiree prescription drug benefit program for plan sponsors who offer their retired employees prescription drug benefits.  To participate, an employer, the plan sponsor, may directly contract with CMS itself, which can be complicated, or partner with a Pharmacy Benefit Manager (PBM) that has contracted directly with Medicare to be a Part D provider.

An EGWP is not open to individuals.  It provides the standard Medicare Part D Prescription coverage to Medicare eligible retirees and their covered Medicare eligible dependents.  Because it is a group waiver plan, it can only be implemented by companies.  In most cases, employers will want to implement an EGWP plus commercial wrap insurance that will ensure that retired employees will receive benefits at least equal to those of the plan that is currently in place.  In most instances, an EGWP +wrap plan is transparent to the retiree as none of their benefits change.

If an employer previously participated in the CMS sponsored Retiree Drug Subsidy, where the government reimbursed them for 28% of the plan’s cost, they can now realize even greater savings using an EGWP.  This is because an EGWP benefits employers by changes to the Patient Protection and Affordable Care Act (PPACA) that were instituted in January 2013.  Under the Coverage Gap Discount, pharmaceutical companies now cover 50% of the plan enrollee’s share of the cost of name brand drugs occurring in the donut hole coverage gap.  Employer’s with plans that receive RDS cannot access the Coverage Gap Discount, only plans that use an EGWP +wrap can realize this benefit.  And due to change in the tax structure that no longer makes RDS payments tax free, plan sponsors can realize even greater EGWP benefits.

How EGWP Benefits Break Down

EGWP plans allow an employer to contract with a 3rd party Prescription Drug Plan (PDP) sponsor to provide prescription benefits to retirees.  On the behalf of the employer, the sponsor interacts with the CMS.  While they do retain a fee, the benefit is that they pass through the majority of the CMS payments in the form of a lower premium cost, or make direct payments to the employer.  A certified PDP consultant can answer all of your questions regarding exact savings that employers can experience, to get your questions answered, contact us here.

In essence, here are the major EGWP benefits that employers can expect:

Cost Reductions: The PDP sponsor is responsible for all costs associated with verifying compliance each year.  If the company had previously participated in the RDS, then the actuarial costs are eliminated by using an EGWP.

Decreased Administrative Burden: The plan sponsor is responsible for the day-to-day administration of the program, not the employer.  This means no actuarial accounting audits, no lengthy paperwork hassles and best of all minimal or no impact on the retiree which greatly reduces the burden placed on in-house plan administrators.  In essence, everything is handled for the employer by the PDP sponsor.

Productivity Increase: Because employers are maximizing the government’s contributions toward their retiree’s prescription expenses, and they are no longer burdened with administration of the program, they can be more efficient with their personnel.

Retiree Commitment Satisfied: Once an EGWP plan has been set in motion and a formulary review is conducted to match existing plan provisions, the retiree should experience no change in their benefit plan.  One card is usually all that they need and they continue to pay for their prescriptions the same as they always have.  An EGWP +wrap plan strives to be transparent to the individual retiree and is often explained to them as an administrative change that does not affect the delivery of their benefit.

Improved Cash Flow: Because employers are reimbursed at the beginning of the month cash flow is improved.  Under RDS plans, employers would have to wait weeks or even months to receive the subsidy.  Because EGWP plans do not participate in the RDS, there is no delay in receiving their payments.

Tax Liability: Government accounting rules, as of January 2013 make employers who use RDS project are no longer eligible to take a deduction for retiree prescription drug costs.   Because an EGWP reduces the cost of the drugs that the retiree purchases, an employer’s tax burden is lessened by reducing the overall pharmaceutical costs. Administrative costs, which previously had to be figured in as a current liability to be charged against earnings, are almost non-existent and thus reduces the tax burden further.

Reduce Catastrophic Exposure: As the cost of pharmaceuticals rises, so does the cost to supply benefits.  When retiree’s hit catastrophic coverage under an EGWP +wrap plan the federal government under Medicare reimburses 80% of the cost.

Retiree Savings Increase:  The RDS is not considered a Medicare Part D plan, but an EGWP is.  Thus, companies using the RDS program are not eligible for the 50% Coverage Gap Discount on brand name drugs from pharmaceutical manufacturers while in the donut hole.  This significantly increases savings over RDS which covers only 28% of the cost. (see our RDS vs EGP infographic for more information on EGWP benefits)

Bottom Line, if you are providing retiree pharmacy benefits and have used the RDS in the past, an EGWP +commercial wrap plan can yield significant saving.

To find out exactly how much savings you can realize, schedule a free consultation with our pharmacy benefit consultants by contacting us here or using the form below.  They have been able to help plan administrators and brokers see where they can implement an EGWP + wrap program with little or no impact on retiree’s benefits while at the same time providing the EGWP benefits listed above.