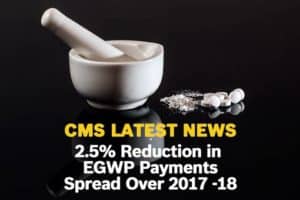 Recently EGWP retirees, particularly low income recipients covered by their employer were dealt a blow by the CMS in their refusal to reverse their proposal to cut 2.5% from payments for Employer Group Waiver Plans. The proposed changes from the CMS will be implemented over a two year period where plans will see a 1.25% cut per year in EGWP payments.

Both Democrats and Republicans Agree on EGWP Retiree Benefits

Lobbyists representing unions, insurers and trade groups worked hard to get the CMS to reverse the proposal. One of the main reasons is that employers and unions and other EGWP retiree groups have already calculated their 2017 health care costs, and the new change was not accounted for in their EGWP retiree costs. Both Republican and Democratic leaders urged the CMS to reconsider their decision on EGWP’s.

The most vocal opposition came from the watchdog group Better Medicare Alliance. 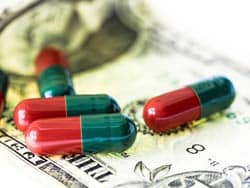 includes nurses, doctors, employers, health plans, aging service agencies, and retiree organizations. Specifically, BMA worked to provide data on the use of Employer Group Waiver Plans (EGWPs) by releasing a report on the impact cuts to funding would have on beneficiaries enrolled in Medicare Advantage retiree plans. It is unfortunate that CMS has decided to move forward with their proposal to change the payment methodology for a popular coverage option that is working for beneficiaries, employers, and providers alike.”

EGWP retirees that are in the lower income brackets may see a difference in their benefits based on their employer’s contributions. Employer Group Waiver Plans cover nearly 3 million retirees for prescription benefits promised to them from their former employers, unions, municipalities and state jobs.

For more on EGWP’s and how you can get a better plan for your retiree’s, click here.

If you’re a broker or an agent, please click here. We can assist you in guiding your EGWP clients.